The World cup started  in Telluride and the Austrian clearly served notice.

On the women’s side, the PGS , Julia Dujmovits, came in first followed by Fraenzi Meagert-Kohli and  Amelie Kober, came in third. 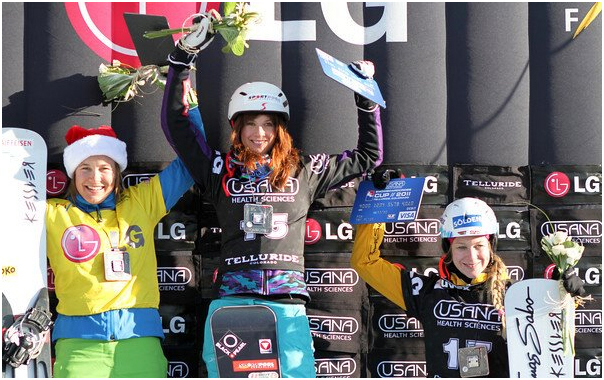 The men’s side,  the PGS results show World Champion Benjamin Karl picking up where he left off, with Andreas Prommegger in second and Simon Schoch in third preventing an all Austrian sweep. Maybe the training in Crested Butte by the Austrian team had something to do with it. Most of the other players were struggling. Sigi Grabner made an impressive showing serving notice that he is back and injuries are behind him. Jasey Jay Anderson had other equipment problems. 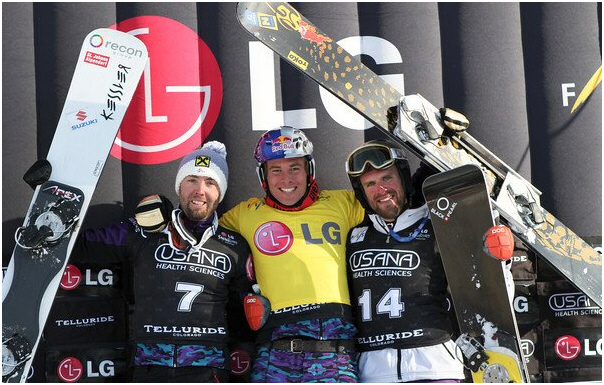 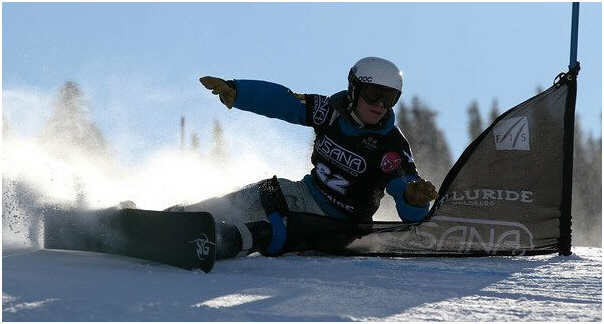 Lindsey Jacobelis was on top followed by Dominique Maltais and the third place finish was occupied by Deborah Anthonioz on the women’s side.

The Men’s side a bit more interesting, with Pierre Vaultier successfully defended his title. Christopher  Robanske was second and Nick Baumgartner came in third. Seth Wescott, the Olympic gold medallist came in seventh with Jonathan Cheevers on his heels and Alex Tuttle wounding out the top ten. Not a bad showing for the Americans. Xavier De La Rue came in 11th, not a bad place for the big mountain rider who can still tear it up as he demonstrated in the team event. Pierre’s win was amazing given the pressure he was on to find replacements for his busted carbon fibre highbacks just a few days before the race.

The Boardercross team event on the women’s side was won by France with  Nelly Moenne Loccoz and Deborah Anthonioz  taking the top spot while Canada with Dominique Maltais and Maelle Ricker come in second and US was third with Lindsey Jacobellis and Callan Chythlook-Sifsof. Callan is mentally there but equipment may be in need of fine tuning. 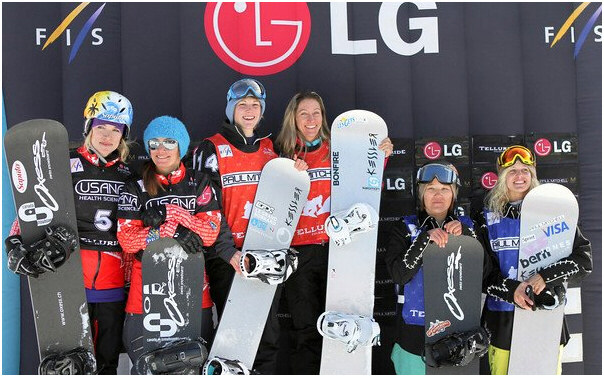 On the men’s side, France again took the top spot with Pierre Vaultier and Xavier De La Rue while the US with Jonathan Cheevers and Nick Baumgartner in second place and Norway with Joachim Havikhagen and Stian Sivertzen was third. Xavier hung in there to take the top spot away from the charging Americans. 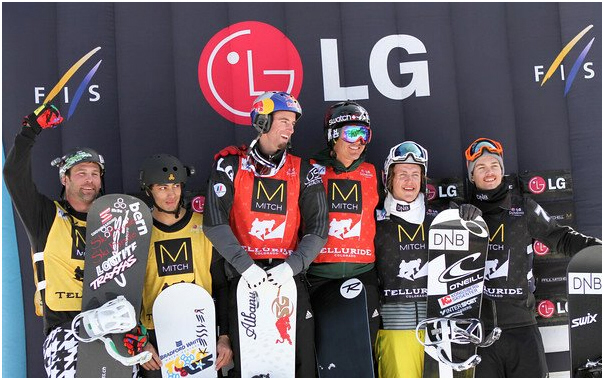 Carezza ITALIA was the next stop for the world cup events due to poor snow conditions in Europe that caused changes to the schedule after a few cancellations.

On the women’s side, in PGS, history was made by Caroline Calve by becoming the first Canadian to climb the top spot in the history of this sport.  Amelie Korber took the second spot with Marion Kreiner third. 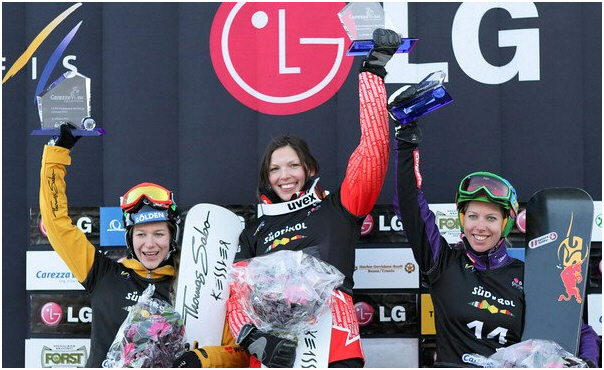 On the men’s side, it was Roland Fischnaller that took the top spot followed by Benjamin Karl and Rok Flander in third. The Austrians again had a good showing; Jasey Jay Anderson continued to have equipment trouble and came in 10th and Sigi Grabner at 12th. 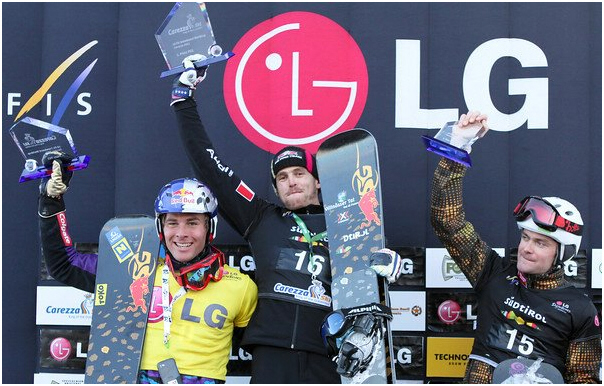 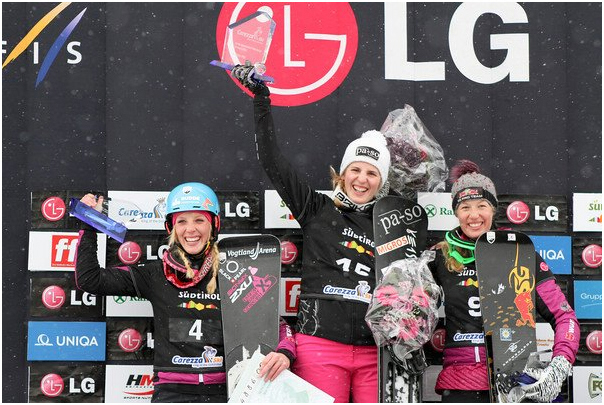 On the men’s side, the Austrians continue to show that they are a force to be reckoned with as came out on top, Simon Schoch second and Sigi Grabner was third confirming his return to almost full health.  Jasey Jay’s equipment woes continued as he failed to finish. Hopefully that is all resolved by now as he came in on top at the Tremlant Coupe du Quebec 2012. 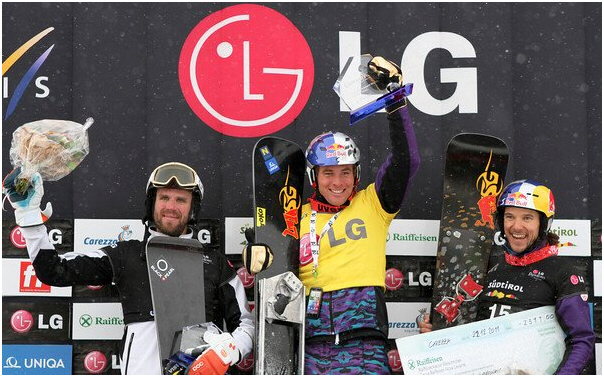