As of mid January, a lot has happened on the circuit. The first PSL event of 2012 was in Austria, JAUerling. After a lot of hype vis a vis the course and the Austrians being back in their home turf and that the race should favor lower Tyrolean riding style, the results were quite surprising somewhat.

On the women’s side, the PSL , the top spot was secured by Patrizia Kummer (SUI), followed by Ekaterina Tudegesheva (RUS) and Marion Kreiner (AUT) took the last spot on the podium. 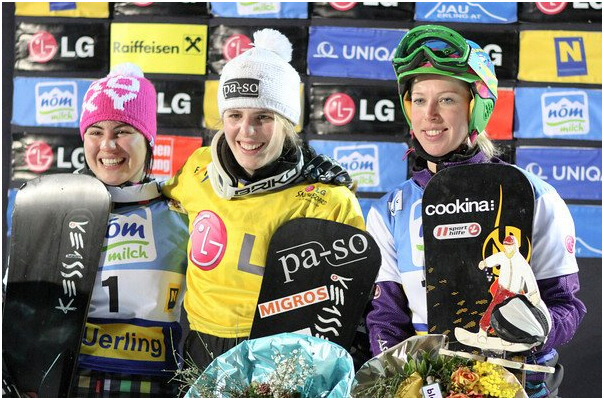 The Men’s side, Andreas Prommegger (AUT) took the top spot, followed by Andrey Sobolev (RUS) and the last spot on the podium went to Roland Fischnaller (ITA). One can say something about lower Tyrolean riding style but not quite in such general term. World champion Benjamin Karl came in 8th and successfully defended the Yellow jersey. Unfortunately, Karl had to battle it out with follow SG Snowboard Team rider Fischnaller and lost. Sigi Grabner came in 7th after a very good battle with fellow Austrian Prommegger in the quarter finals rerun. Rok Flanders (SLO) was 4th followed by Simon Schoch (SUI) and Zan Kosir (SLO) was 6th. 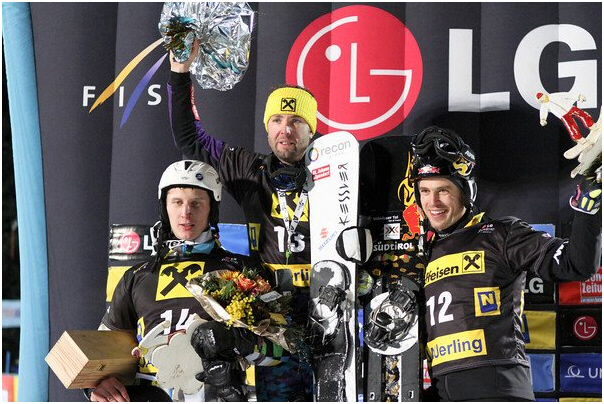 The second PSL race followed a few days later in Bad Gastein. The finals was a night race.

The top spot in the Women was held by Patrizia Kummer (SUI) winning the third World Cup race in a row. The second spot went to Julie Zogg (SUI) and Marion Kreiner (AUT).  The rest of the field of eight was as follows: Tomoka Takeuchi (JPN); Claudia Riegler (AUT); Julia Dujmovits (AUT); Isabella Laboeck (GER) and Amelie Kober (GER) 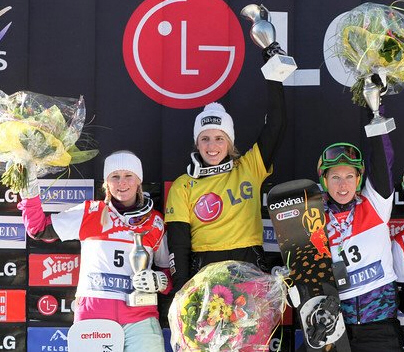 The Men’s side produced interesting results. Roland Fischnaller (ITA) was on top andwith this win takes over the World Cup lead. Aaron March (AUT) was second and Rok Flander (SLO) was third. 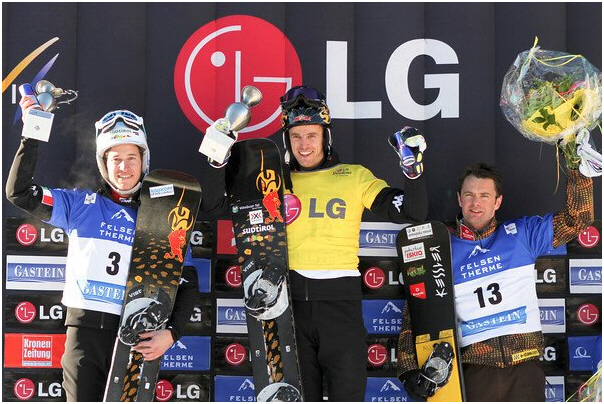 The Women’s race was won by Lindsey Jacoebellis (USA), and the second place went to Alexandra Jekova (BUL) and Domonique  Maltais (CAN) was third. 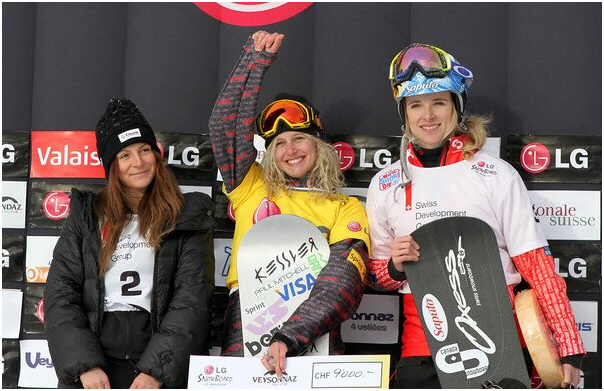 In the Men’s race, first place was secured by Andrey Boldykov (RUS), followed by Nate Holland (USA) and Pierre Vaultier (FRA) was third.